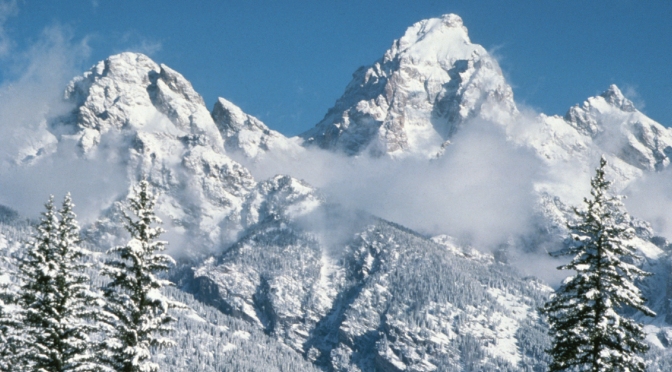 Last Saturday my backcountry ski partner and I encountered 73 other skiers while skinning up an avalanche prone peak in Grand Teton National Park. The vast majority of these folks — approximately 69 of them — were paying customers, pro skiers, photographers, and Exum guides associated with the 2nd annual Arc’teryx Backcountry Academy.

Overcrowding was the norm on many peaks in GTNP last week due to the influx of folks associated with the Backcountry Academy. This year’s Academy was limited to 300 customers, up from 240 at the inaugural event last winter. Many of these customers will certainly return to Jackson Hole — with friends — for winters to come, stoked to share their newfound knowledge of the Teton Range.

As backcountry skiing continues to grow in popularity it is inevitable that the Tetons will see more wintertime traffic, but an annual event generating marketing hype, creating repeat customers for guided ski tours, and essentially selling the secrets of this sacred mountain range is guaranteed to exponentially escalate the onslaught. The Arc’teryx Academy is doing exactly that.

By day the Academy offers Exum-guided tours with Arc’teryx athletes and clinics covering everything from “How to Ski a New Line” to backcountry photography. By night the Academy hosts happy hours, movie premiers, live music, and even a “JACKSON EXPOSED” photography contest challenging six pros to “capture the essence of the backcountry ski and snowboard culture that surrounds the Tetons.”

The Academy has been heavily promoted in the ski media, and even has it’s own social media app. Craftily marketed as an educational, community-oriented experience, the Academy is also a corporate spectacle exploiting the Tetons and disrespecting local backcountry ski culture and ethics.

For example, as I experienced firsthand, Exum and the Academy profited handsomely by running 8 groups of 6-10 skiers up one mountain simultaneously last Saturday. Isolated, smaller groups of 2-5 are more typical of guided ski tours in Tetons.

But hey, let’s look at the bright side: the Academy served free beer from 4-6 at their nightly happy hour events!

If the #ArcteryxAcademy is normalized, accepted, and continues to grow it can only exacerbate serious issues already facing Jackson Hole’s passionate community of backcountry skiers.

There is already a constant warning from WYDOT that Teton Pass may be closed to skiers due to overcrowding and kookiness. An annual profit-driven event specifically designed to import and school hundreds of highly motivated folks with more money than snow sense will not improve this situation.

There is also a push to close more peaks in Grand Teton National Park to skiers due to concerns that increased wintertime human presence is affecting the native Bighorn Sheep population. More guided parties and visitors paying for encouragment and empowerment to “ski a new line” in GTNP will not improve this situation.

Absurdly high lift ticket prices ($160 per day!) have made access to the Teton backcountry from JHMR cost prohibitive to many locals, and — due to kookiness and overcrowding — a few more key parcels of private property at the base of the Tetons have been closed in recent years, limiting access to some of the best zones around.

Meanwhile, there is no apparent will by regional branches of the federal government to improve wintertime access to the mountains around Jackson Hole. Is GTNP considering the possibility of opening the entire park loop road or even extending access to Jenny Lake? Nope. Is the USFS pushing to limit snowmobile access to more of the National Forest? Yep.

Already plagued by these concerns, the last thing Jackson local skiers need is for the Tetons to become the official training grounds for the planet’s growing legions of backcountry novices.

Even if the looming threat of more closures wasn’t a issue, the Tetons aren’t nearly as expansive or accessible as many people perceive them to be. The total area of the Teton Range is ~400 square miles, but ~300 square miles of the range is difficult to access or otherwise not good for backcountry skiing. 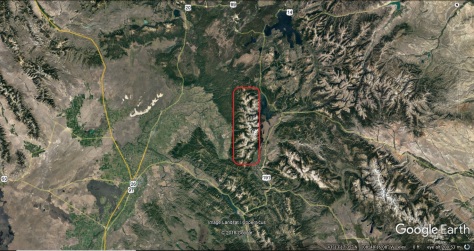 The total area accessible to day-tripping skiers spanning from Taylor Mountain on Teton Pass to Cascade Canyon in GTNP is only ~54 square miles, and that includes JHMR, areas blocked by private property, and a couple of zones already closed to human access for wildlife’s sake. Generally, the western slopes of the Tetons are too low angle or inaccessible for good skiing. The mountains surrounding Grand Targhee Resort adds another ~10 square miles of skiable terrain for a grand total of ~64 square miles.

The mountains accessible to day-trippers from the three winter trailheads in GTNP cover an area of only ~27 square miles, and that includes the eastern aspects of all the high peaks, which — to say the least — don’t accommodate crowds very well.

This is the area that Exum and the Arc’teryx Academy seems most intent on exploiting for profit. These incredible mountains should not be for sale, at any price. That’s why Grand Teton is a National Park.

We’ve already seen what excessive guided mountaineering has done to the Tetons in the summertime. Now Exum and Arc’teryx are actively expanding wintertime operations. Hopefully, some Exum guides can see the writing on the wall and are wondering if getting paid a couple hundred dollars per day is worth what will be lost.

To put the size of the Tetons into perspective let’s compare it to the ski terrain accessible at one of several excellent backcountry ski destinations in Canada: Roger’s Pass between Revelstoke and Golden. There dozens of 4000-7000 foot peaks drop right down to the highway offering ~128 square miles of accessible ski terrain. 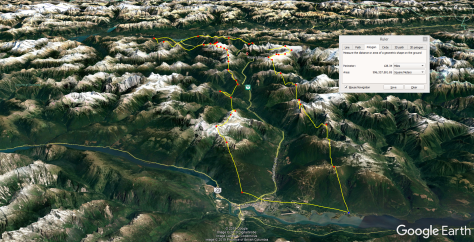 Some of the terrain on Roger’s Pass is densely treed or too craggy, but the same holds true of the ~27 accessible square miles in GTNP.

Comparing the ~128 square miles of easy access on Roger’s Pass to the mountains of coastal and central BC it immediately becomes clear that Canada is utterly stacked with thousands of square miles of huge, snowy peaks. 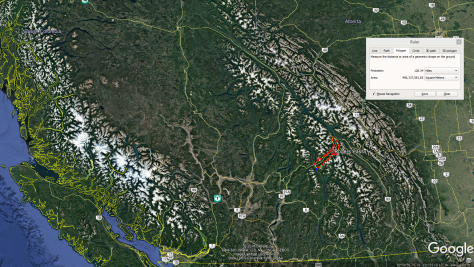 This prompts an obvious question: why is a Vancouver, BC based outerwear company blowing up the relatively tiny Tetons?

Maybe — just maybe — Canada would be a better place for the Arc’teryx Academy. Or Alaska! Or Siberia! Or Kazakhstan! Or Antarctica! Or anyplace with a lot of snowy mountains to explore and very few people doing so. At the risk of sounding like a NIMBY, anywhere but the Tetons would be preferable.

Perhaps Arc’teryx could use the profits from selling $500 jackets to civilians and cushy government contracts to outfit the military to build it’s own Hogwart’s School of Backcountry Wizardry way up some remote Canadian fjord. The Academy could charter a cruise ship out of Vancouver, host spectacular parties every night, and accommodate 1000s of skiers up there!

Yes, I’m cracking jokes because a sense of humor can be helpful when dealing with difficult subjects.

Bottom line: When the crew from Arc’teryx heads back to the relatively limitless peaks of British Columbia with pockets full of cash and digital archives full of marketing materials the issues of access and overcrowding in the tiny Tetons will still remain.

You are free to let them know how you feel about the situation. Here’s who to contact. 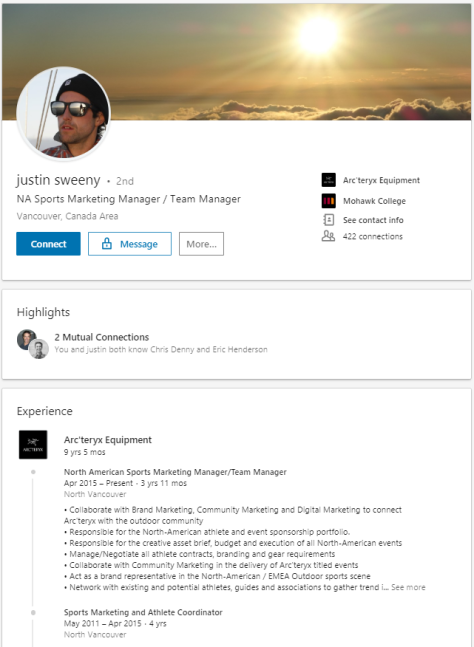