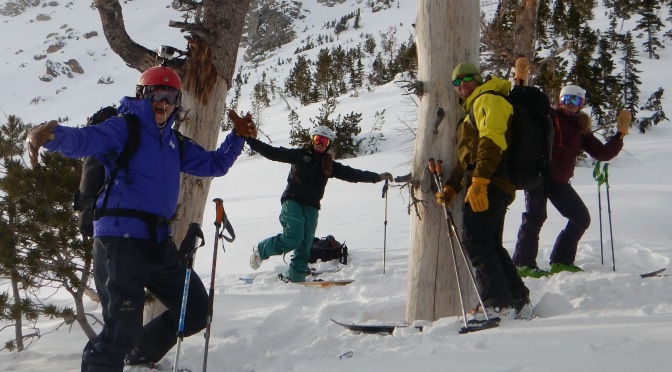 Wow, that escalated quickly.  Over the course of the Holidaze we went from low snow to big snow here in Wydaho.  Then it got crazy cold and the skiing stayed great with the exception of spotty suncrusts on some sunny aspects at mid elevations.

I got out to the backcountry for the last 5 days straight: 3x on Ferry Peak and twice in GTNP where I skied Shadow Peak and Teewinot’s Apex with my dear friend Ceronsky and crew. 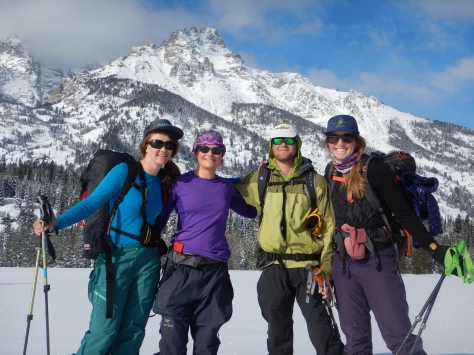 December 26th was bright blue and frigid down low, balmy up high.  Snowballs were make-able from ~7000-~8000′ on Ferry Peak that afternoon, and thus the aforementioned crust formed.  Similar crusts are present in GTNP as well.

Since the morning of the 27th we have seen high wispy cirrus hazes originating out of airplanes.  IMHO it would be a lot colder than it is currently — and we would not be receiving small amounts of snow falling at subzero (F) temps in the midst of a big high pressure system — if people weren’t playing god with the weather.

My theory is that perhaps the light precipitation we’ve recently received at extremely cold temps is a byproduct of several days of high altitude cloud seeding.  It snowed an inch last night in Alpine while temps were below 0*F.  What causes that?  What do you think?

As far as snow goes, there was a lot of slide activity reported around Christmas but things seems to have stabilized quite nicely since then.  Check with B-T Avalanche for a more complete and scientific assessment.

The only slide activity visible from the summit ridge of Ferry Peak was on a steep SW facing “cookie cliff” pitch reminiscent of Cody Peak’s Pucker Face.  I’m pretty sure it popped off naturally or was triggered by a large mammal on the relatively warm and sunny 26th of December.

I didn’t notice any slides while skiing GTNP, which got hammered by backcountry skiers over the holidaze: 25S, Albright, Maverick, Shadow, and lower Disappointment got ravaged.  The Turkey Chute sported at least a dozen tracks.  The Sliver got skied by a foursome a few days ago.  Even the lower faces of Teewinot saw some serious traffic. 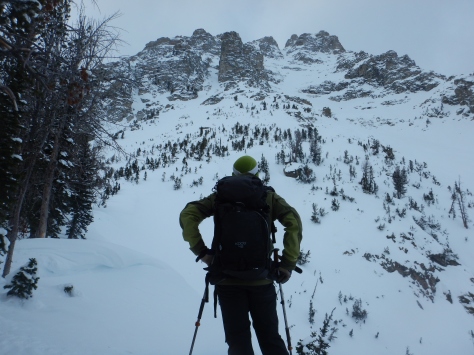 In my opinion, generally things are stable below ~8000′, spotty in the shade from ~8k-9k’, and still a little suspect on all aspects at higher elevations.

I’ll probably poke around solo on the lower flanks of Ferry tomorrow looking for mountain goats and elusive pow fields before heading to the Wort to bartend Amateur Night (aka New Years).  Take Care.  One Love.  Peace.